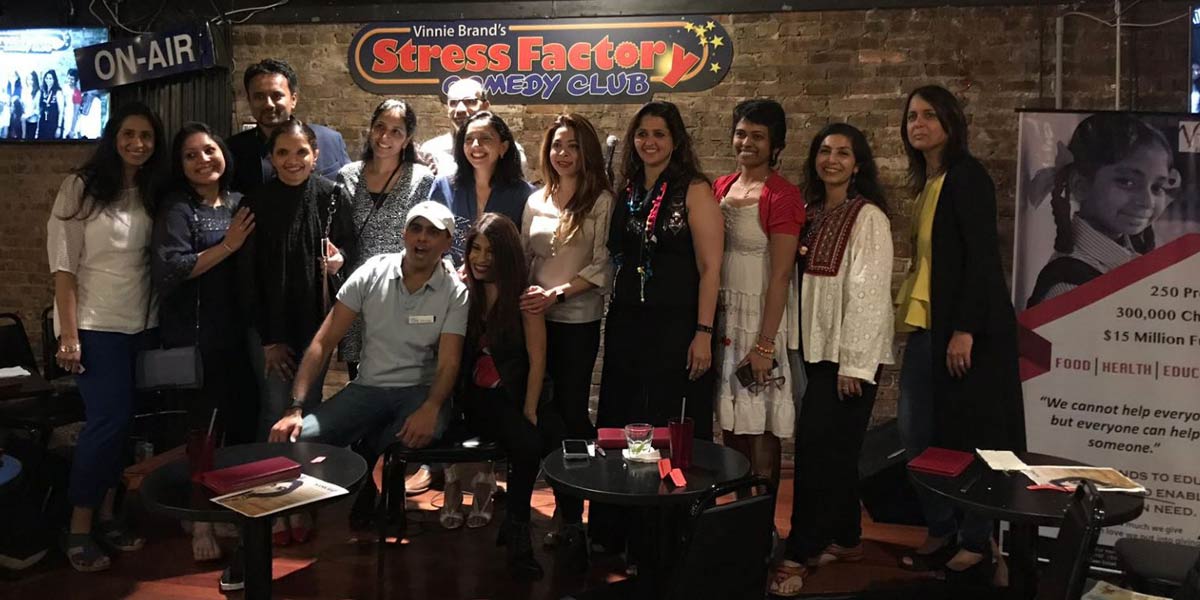 At the various action centers, Vibha is best known for its flagship event, Vibha Dream Mile, as well as its artistic equivalent, Vibha Vibe.

However, a group of dedicated Vibha volunteers in New Jersey wanted to experiment and grow Vibha’s fundraising event base. As one of the core NJ Vibha volunteers, Aiman Laila, explains, the team “went through various ideas, locations, and prices from a musical performance to a Happy Hour featuring local comedians.” Unlike Vibha’s traditional large fundraisers, they wanted their event to maintain a casual atmosphere and a smaller crowd, allowing an intimate introduction to Vibha for many new volunteers and donors. In the first week of March, Vibha NJ held the first Stand Up Comedy Night at Stress Factory, a local venue, that also provided food and drinks. While the evening was advertised through word of mouth, news travelled fast with participants so excited that the majority of the crowd arrived fifteen minutes early.

Along with providing dinner and entertainment, they incorporated a small auction into the evening to raise money giving away gifts from local businesses, raising money through the raffles. They also provided the crowd with education about the purpose of Vibha and the New Jersey Action Center’s plans for the upcoming year including their preparations for the Dream Mile as well as a presentation on a new training program they were introducing to their volunteers. By combining an informational session with the fun of Stand Up Comedy, they introduced more than 200 people to Vibha’s cause, while raising money and having fun.