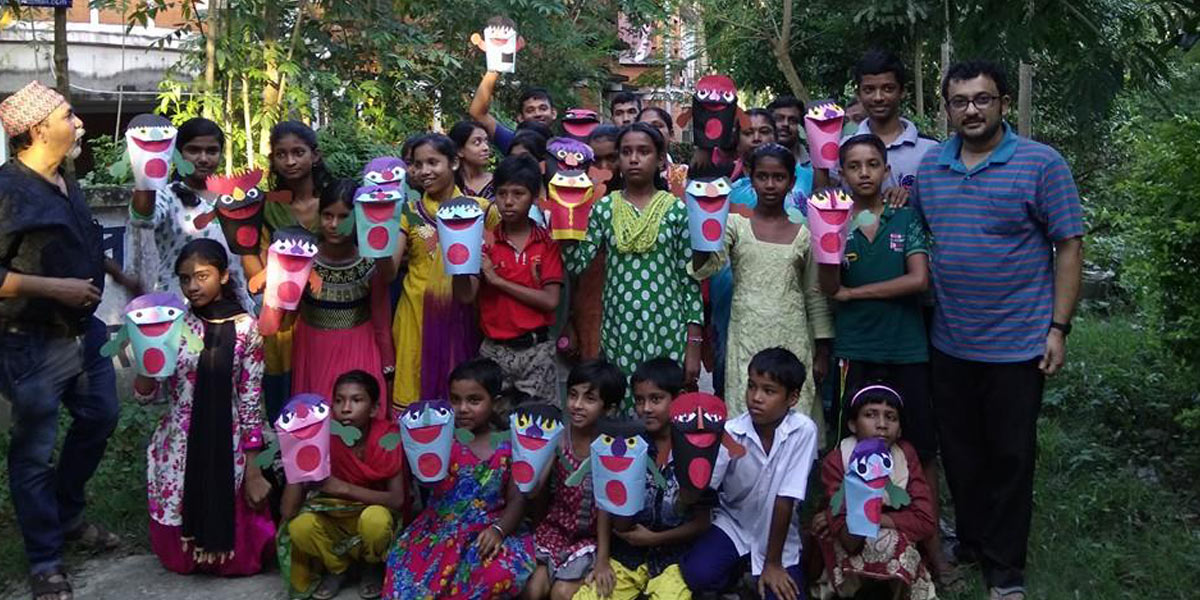 Sri Tanmoy Roy Chowdhury, Superintendent of Police, inaugurated Prayash, on January 9th, 2014 as an initiative to mainstream the child laborers working in brick kiln and adult literacy centers in collaboration with Baduria police station.
Mr. Chowdhury urged Swanirvar to open a school for children of migrant laborers since he was concerned about the increasing number of juvenile offenders in the area. He even equipped Swanirvar with space in the police station compound to run this childcare center, Prayash. Thus, Prayash was started on an experimental level for fulfilling the special needs of migrant children.

Ever since its beginning in the year 2014, Prayash has shown a phenomenal success using its novel, innovative and child centered approaches and methodologies, which have been developed and sculpted by Swanirvar in past 2 decades of its work. The scope of Prayash extends beyond teaching regular subjects such as Science, Mathematics and Languages to tutoring of local History and Geography, Art and Craft Activities, Music, etc. As a result, by the end of year 2015, more than 50 children were mainstreamed to government schools, to facilitate their further education.

Recently Swanirvar has started a new series of workshops, named ‘Fun and Learn’ for children in Prayash school with the help of Mr. Dilip Mondal, the Secretary of Dhoomketu Puppet Theater. The very first workshop of Prayash was recently held on August 27th, 2016, where 25 children from Prayash school and a few from nearby places participated in it.

Mr. Mondal and his staff conducted hands on training with children, teaching them an art of making puppets from paper and how to carry out traditional puppet plays. They also conducted some therapeutic sessions for vulnerable children, such as juvenile delinquents or children suffering from life threatening diseases.

Some of these children also performed puppet shows after learning during this workshop.

After a grand success of this session, Swanirvar has already planned the next one on September 10th, 2016.