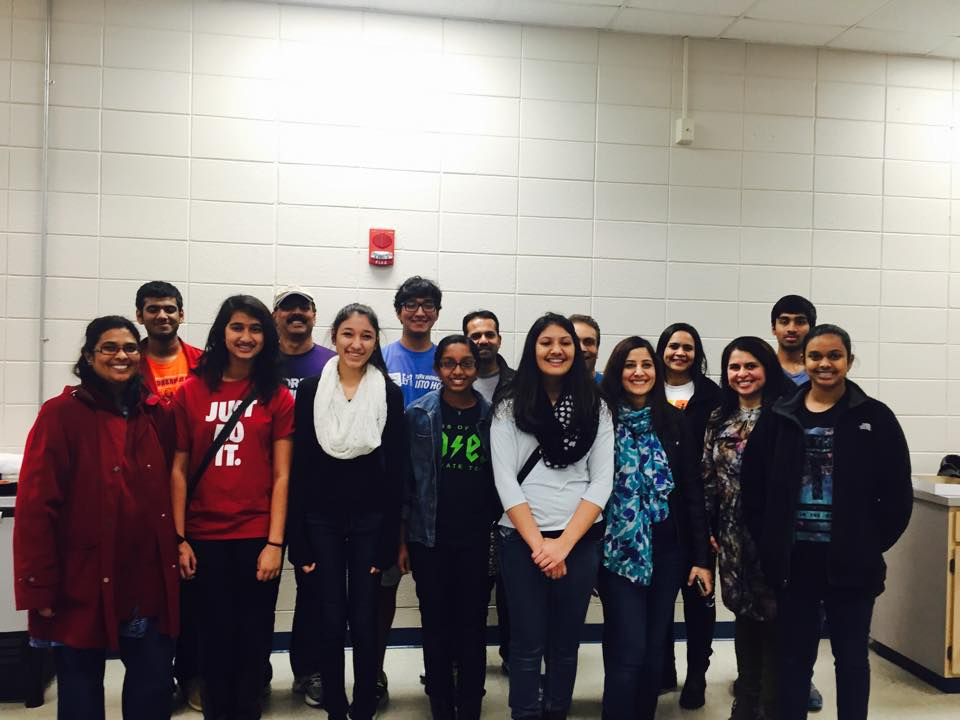 “Excellent planning”, “Smooth execution”, “Well organized”, “Great competition” were some of the comments being heard during Vibha Atlanta’s 12th annual Dream Play event sponsored by North Fulton Smiles.  The dedicated Vibha Altanta and Vibha Youth members worked tirelessly to make the event happen. The Vibha Youth members planned the fundraiser, designed the fliers, spread the word and did the publicity since last November to execute this event.

The youth lead for the Chess event was Khushboo Sarda with guidance from the parent lead, Rekha Savant. “We had around 170 players of all ages, young and old who wanted to play for a good cause and also compete at the same time. The enthusiasm and energy of the participants was evident from the way they surged into the venue as soon as the doors opened for the competition,” said Khushboo. The Chess Tournament, sponsored by H2K Infosys, was conducted first on Feb 7th, 2015 at South Forsyth Middle School. It took all day and attracted many participants ranging from students in elementary school to adults. Chess had 6 categories – Three rated (Championship, Reserve and Novice) and three unrated (Grades 3 and below, Grades 4 – 12 and Adults) which was professionally managed by Steve Schneider and Keith Sewell of Championship Chess.  The top three winners from each category were given trophies. A Star trophy was also given to  rated participants who had a score of 2.5 and higher.

The Table Tennis Tournament, sponsored by India Plaza, happened second and was conducted on Feb 28th Feb, 2015 at the Atlanta International Table Tennis Academy. The Youth lead for Table Tennis event was Jai Mareddy (under guidance of the parent lead Sayli Deshmukh). The TT event saw people from all ages participating for a good cause and competing with gusto. “A lot of the adults participated for the nostalgia and [enjoyed] the fact that they were able to give back to the community while having fun in the process,” admitted Jai. The tournament was managed by Archana Athalye of Archi’s Table Tennis Club.  Trophies were awarded to 1st place winners and the first runner up in the categories of Junior Singles, Men Singles, Women Singles, Men doubles and Mixed.

This was yet another successful year of a very well organized event by Vibha’s youth wing.  Events like these are an excellent opportunity for Vibha Youth to experience and develop leadership skills and contribute to a cause which helps underprivileged children.  Vibha Youth also provides an opportunities to do hands on volunteering locally to the youth of Atlanta.  Below are links to the different events!