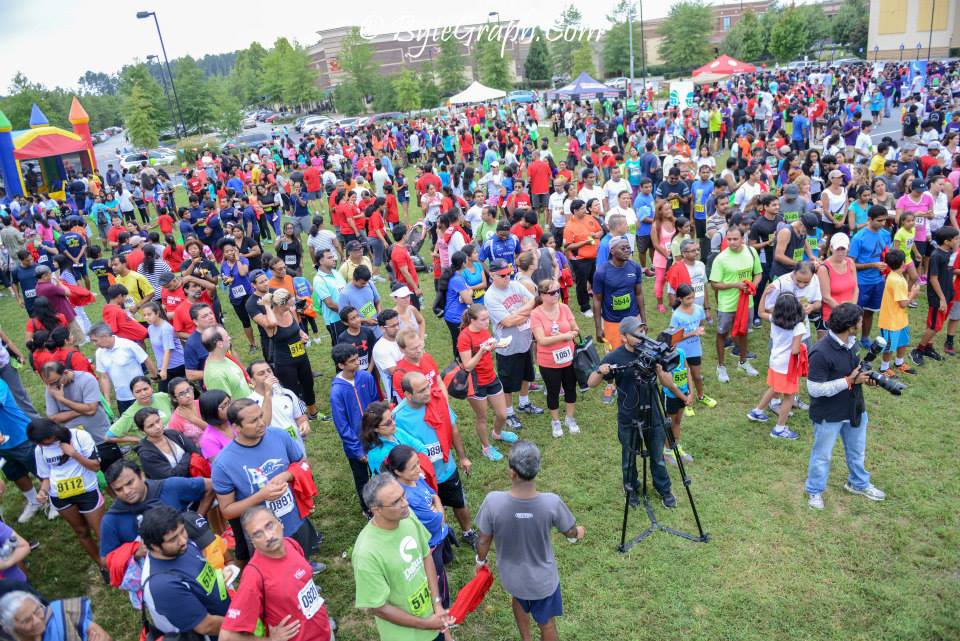 The 16th annual flagship fundraiser of Vibha, a not-for- profit organization, focused on childhood education and health, the Dream Mile, 2014 saw more than 1700 participants, organized at the upscale lifestyle shopping destination, The Collection at Forsyth. This was by far the hugest turnout of participants for Dream Mile, coming together for one single cause- to educate, to empower and to enable, every child who deserves an opportunity. A new feather in the cap for Dream Mile this year was the USATF Certification of the 5K route and it thus became a Peachtree Road Race qualifier.

The efforts of more than 200 volunteers included, middle and high school students who are part of the youth wing of Vibha, popularly known as Vibha Youth, and their hard work showed in the smooth organization and execution. Vibha volunteers started their day at 5AM to finalize arrangements for the course set up, parking, food and drinks etc. on the site. By 7AM the place was buzzing with activity on several fronts – registrations, children’s activity center, and booths by several partnering organizations. The metro Atlanta community have made Sept 20th, 2014 a memorable day when they took the challenge of raising over $170K for the cause of underprivileged children, and the zeal and enthusiasm was inspiring. This year Vibha Atlanta also witnessed a phenomenal corporate initiative by the employees of Paramount Software Solutions, by way of Employee Contribution fundraising for an amount of $10,000- an effort for which Vibha team was extremely touched.

Speaking on the event, Kishore Krishnan, Coordinator of the Dream Mile 2014 said, “Vibha has been consistently and single mindedly working towards childhood development specially focusing on their education and healthcare. We have been elated and encouraged about the growing participation of the community with every year in Georgia. This year’s overwhelming response has been of extreme encouragement for us, the volunteers, who have worked so hard to see this day!”

Vir Nanda, Chief Guest of the occasion gave away the prizes to 10K runners and also the awards to Volunteers. Anoop Sinha was honored with Sumathi Mahajan Volunteer of the Year award for his dedication and hard work. Khushboo Sarda was the recipient of the Youth Volunteer of the Year award and Vikas Movva for his long standing contribution to Vibha. Sanket Mehta, a youth volunteer for Vibha since the 5th grade, received the STAR Volunteer of the Year Award and the President’s Volunteer Service Gold Award. Rohan was also awarded the STAR Volunteer of the Year Award. Srinivas Nimmagadda, Founder & CEO, Vensai Technologies, Ram Ganesan, President & CEO, Datum Software, Ramesh Maturu, Co-founder and President Pyramid Consulting and Pramod Sajja, President, Paramount Software Solutions gave away the prizes to winners. Eddie Capel, CEO of Manhattan Associates felicitated the Sponsors Ram Ganesan of Datum Software and Prasanth Kollipara of Bytegraph productions with a Plaque for their long standing contribution. 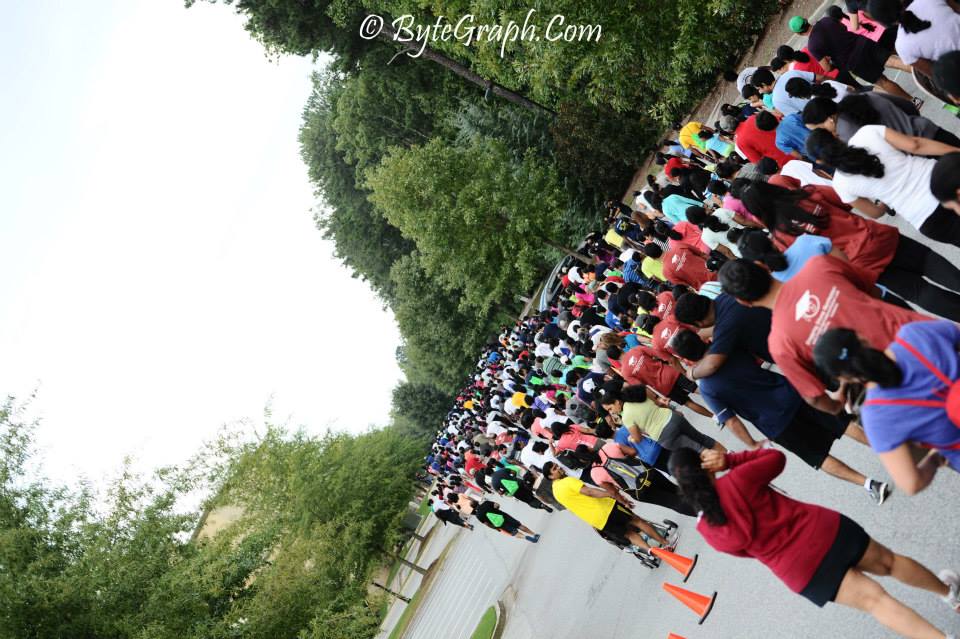 The 5K Walk (Men) winners were Sanjay Saggere finishing at 37:24 mins, followed by Manikandan Gangadhar at 37:33 min, while in the category Veena Bhat at 39:43 mins was the winner followed by Manjiree Sreekumar at 40:03 min.

The detailed race results are available with the timings at http://thedreammile.org/atlanta/atl-event- info/atl-results.