Despite freezing limbs, borrowed gloves, wet socks and no source of heat, 15 volunteers gracefully braved the chilly winds and successfully raised money for our noble cause. It all happened on a Sunday morning of April 27th when Vibha Boston volunteers organized the first ever “Six-a-side” Cricket tournament on Wrentham fairgrounds in partnership with Eagle Cricket Club. 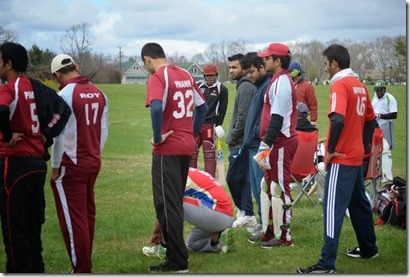 There were 16 cricket teams consisting of around 112 players. Two matches took place simultaneously on either side of lush green ground.  High-spirited teams played for the glory rather than attaining the 1st prize trophy and cash prizes.

The response and support of everyone involved was amazing and provided the warmth necessary for that chilly day, lifting up volunteers’ spirits. Lastly but most importantly much thanks goes to our sponsors, Eagle Cricket Club, India Café Restaurant in Nashua, MA and Hitwicket Bar. The winning team got gift vouchers from Hitwicket and India Café provided us discounted food items that we were able to sell to the players and audience to reach our goals.

We raised about $1100, more than the original cost for organizing the event. Kindhearted donations came from two young children with lemonade station, raising $41 and donating it to Vibha. The $250 cash prize that was given to the winning cricket team was donated to Vibha as well.  The first fund raising event from Vibha Boston turned out to be great success! 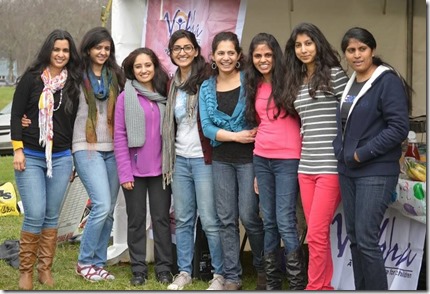