Kalakaar: Bringing out the Shutterbug Within!

HDRsoft Kalakaar 2013 was a smashing success! Vibha’s second annual international online photography contest commenced 1st November and concluded 1st December, 2013. Anyone and everyone could participate for FREE! This year a separate category was added for children under 16 years to encourage children to help other children. Kalakaar invites amateur and skilled photographers alike to use their talents to create awareness about the cause of Vibha.

Kalakaar was initially conceived as an arts event for the Minnesota Action Center of Vibha in 2009 with competitions showcasing writing, drawing and photography skills for both adults and children. Over the next two years, other Action centers got involved and the repeated success of the event inspired the team to take the contest to a new level. In 2012 Kalakaar went national as a photography competition to an overwhelming response. With over 600 entries and through the sponsorship of Digital Nirvana, iTasveer and DishWorld and other donations, Vibha was able to fund their project with Vidya Sagar Vikas Kendra in Thane, India for the education of children of sex workers and other underprivileged children. 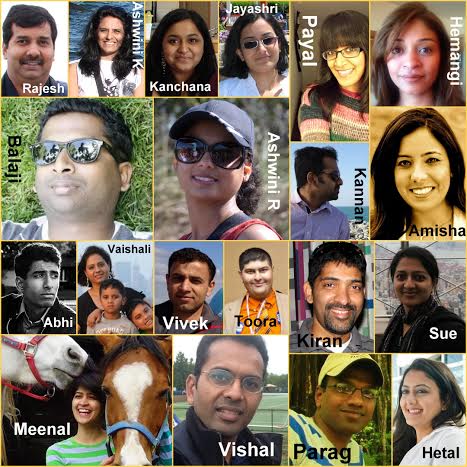 The volunteer team at Twin Cities.

The planning for Kalakaar 2013 began in August-a virtual team of volunteers was recruited to lay the groundwork for the contest. After the success of 2012, the newly formed team had big plans. The aim was to double the number of participants and reach out to a larger audience across the globe. The team had to find new ways of leveraging the internet to spread the word about Kalakaar and the mission of Vibha. A passionate, committed, selfless and talented team of 20 VIBHA volunteers gave their best towards taking the contest a notch up this year. Through several hours of hard work, brainstorming, new ideas and discussions, the plans for HDRsoft Kalakaar 2013 were laid and executed.

The first step in the execution of Kalakaar was to find supporters to fund the cause. Sponsorship efforts were aggressive. The team was successful in raising $3200 through HDRsoft, the title sponsor and three gold sponsors-Purple Rickshaw, ArtSmart, Digital Nirvana and donor Zenfolio. The support from sponsors and donors contributed greatly towards the required extensive marketing efforts. The IT team spent countless hours ensuring the everything was in place for the website to function perfectly for the contest. The marketing team charted out strategies and designed materials to best make use of social media to reach and engage Kalakaar’s targeted audience-everyone, everywhere. The team was able to bring on board a diverse judging panel-24 highly qualified photography professionals who not only contributed their valuable time and expertise but also helped a great deal in marketing the contest and spreading the word in their photography circles.

We received over 1500 participants from all over the world, which is more than twice the number from last year. Through Facebook, Twitter, Yahoo and several other websites, the team reached out to over 1.02million people and gained over 21,000 likes (and counting) on Facebook. A new partnership was entered into with ValueDOT via CertLog to provide online participant and winner certificates, a gesture that was appreciated by many.

Visit the gallery on the Kalakaar website-the pictures from participants will stir your emotions. Some make you smile, some wonder, some will make you fall in love and fill your heart with appreciation and some will make you feel grateful for the beauty of the most natural existence. Team Kalakaar is grateful to all who participated and supported us every step of the way.  All the participants and the team are eagerly awaiting for the results which will be announced on 25th December 2013. We rocked together as a team and we will be aiming higher next year for a better future for the children we support!