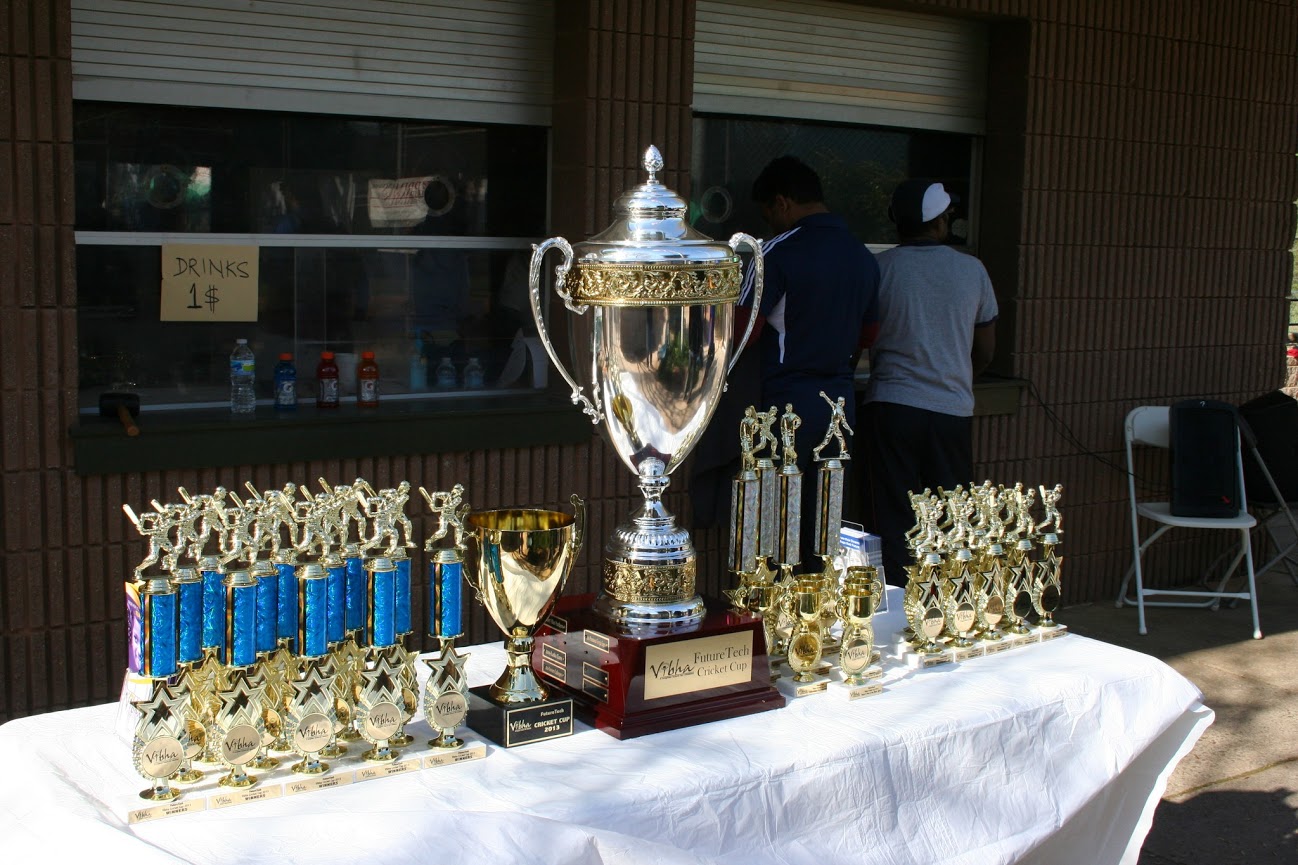 Vibha, the name that is synonymous with empowerment of underprivileged children is also known for successfully hosting the FutureTech Cricket tournament for 15 years in a row. Year after year, the Vibha FutureTech Cricket tournament conjures images of selfless volunteers working feverishly to make this historic event better than the previous years. The dedication and hard work of these committed individuals is as important as the generosity of the sponsors and the enthusiasm and commitment of the teams that come back with the same fervor every single year.

This year the event was inaugurated on April 20th 2013 at East Roswell park by Mr. Sravan Vellanki, the President and CEO of FutureTech. More than 400 players registered and 42 teams were in the draw for an exciting event. The tournament has always drawn cricket lovers that come back every year not just for the love of cricket but also because of their generosity and desire to contribute to a noble cause. Of course the added attraction of winning The Dream Cup is always a huge incentive. The first couple of weeks saw the 42 teams compete in some breath-taking cricket in the initial elimination rounds. The four teams that rose above the rest to meet in the semi-final contest were Gallega Blazers, Rebels United, RAPIDIT Royals and FutureTech. The first semi-final was played between Gallega Blazers and Rebel United. Both teams had played some scintillating cricket to get to this point notable among which was the nail biting Quarterfinal game by the Rebels against RapidIT Rangers. Batting first, Gallega Blazers started slow due to some tight bowling by the Rebels. The last 3 overs saw some gutsy hitting by the Blazers that took their score to a respectable 51 in the allotted 10 overs. The Rebels came in to bat with a good bit of confidence owing to their previous performances in high scoring games and the modest target. The Blazers however were more than prepared to defend their total; they bowled and fielded superbly to restrict the Rebels to 38 runs.

The second semi-final pitted last year’s winners RapidIT Royals against last year’s semi-finalist team FutureTech making it the most awaited game of the tournament so far. FutureTech batted first and accumulated a solid 60 in 10 overs with a brilliant 31 runs by Man of the Match Kalyan. RapidIT Royals who came into the tournament with a solid reputation and an excellent run so far – highest quarter final team score of 79 and highest opening round score of 104 were the favorites. But the FutureTech team played some excellent cricket by getting wickets at frequent intervals and restricting the Royals. The Royals exited gracefully as the FutureTech team celebrated their semi-final victory. 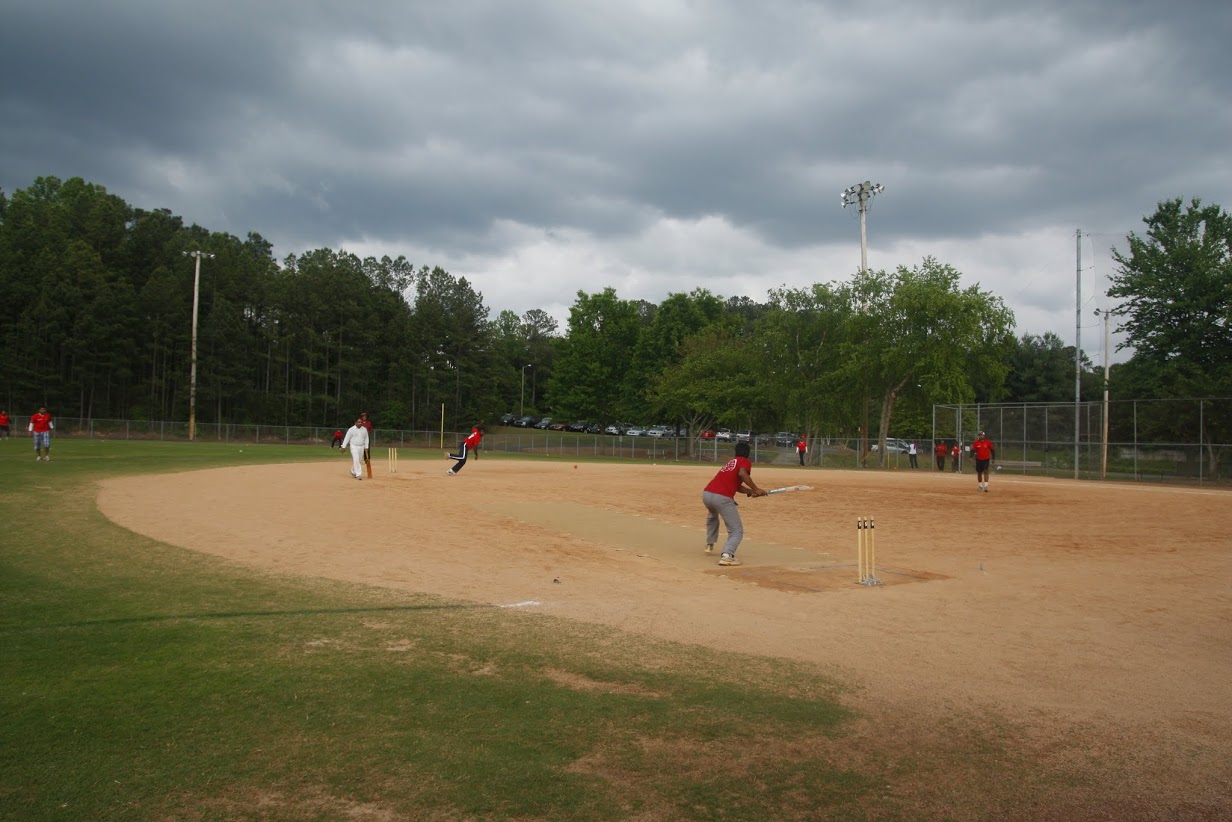 The stage was set for an exciting final. The weather had cooperated so far and everything had worked out perfectly. The sky was overcast with the sun peeking out every now and then but it had been dry all day. The teams and umpires were introduced to the Chief Guest and main sponsor Mr. Sravan Vellanki by event organizers. Everyone posed for pictures before the big game. Gallega Blazers won the toss and chose to bat first. They started superbly with a flurry of fours and sixers from their star batsmen Vijayendran Ravichandran who dispatched the ball to all corners of the field. By the time the allotted 10 overs were up, they had amassed 72 runs at an average of over 7 which was not a very big total and certainly attainable by the FutureTech team. Everything went the Blazers way who bowled extremely well and in the end proved too good for their opponents. Some exciting batting by Niaz in the end brought the game close but not for long. Niaz perished trying to slog yet another good ball and lost his wicket and FutureTech’s last hope in the process. The Gallega Blazers emerged victorious. There were cheers and applause as they celebrated a well-deserved victory and shook hands with the umpires and the opposing team.

The coordinator of the event Durgesh Das invited the dignitaries on to the stage. Present during the prize distribution ceremony were Sravan Vellanki, CEO FutureTech, Pramod Sajja, CEO of Paramount Software, Srinivas Nimmagadda CEO of Vensai Technologies, Ramesh Maturu Director of Pyramid Consulting, Ravi Kandimalla, CEO of Everest Technologies and Shreesh Rao of Manhattan associates. Durgesh thanked the teams, players, donors and sponsors for their contribution towards a great cause of helping under-privileged children. He also informed that $30,000 was raised by this event by Vibha, which will help in improving lives of 1000 children in various projects in India. Mr Vellanki said in his address that he is very proud of his long association with Vibha Cricket and urged all to support the cause. The Dream Cup was presented to the winning team by Mr Sravan Vellanki.

Sree Krishna Vilas supplied delicious food on all 3 days and it was enjoyed by one and all.

The 2013 FutureTech Vibha Cricket tournament was a grand success and the various innovations in the tournament such as live streaming of the games and professional umpiring are sure to stay for future editions of this illustrious combination of sport and service.