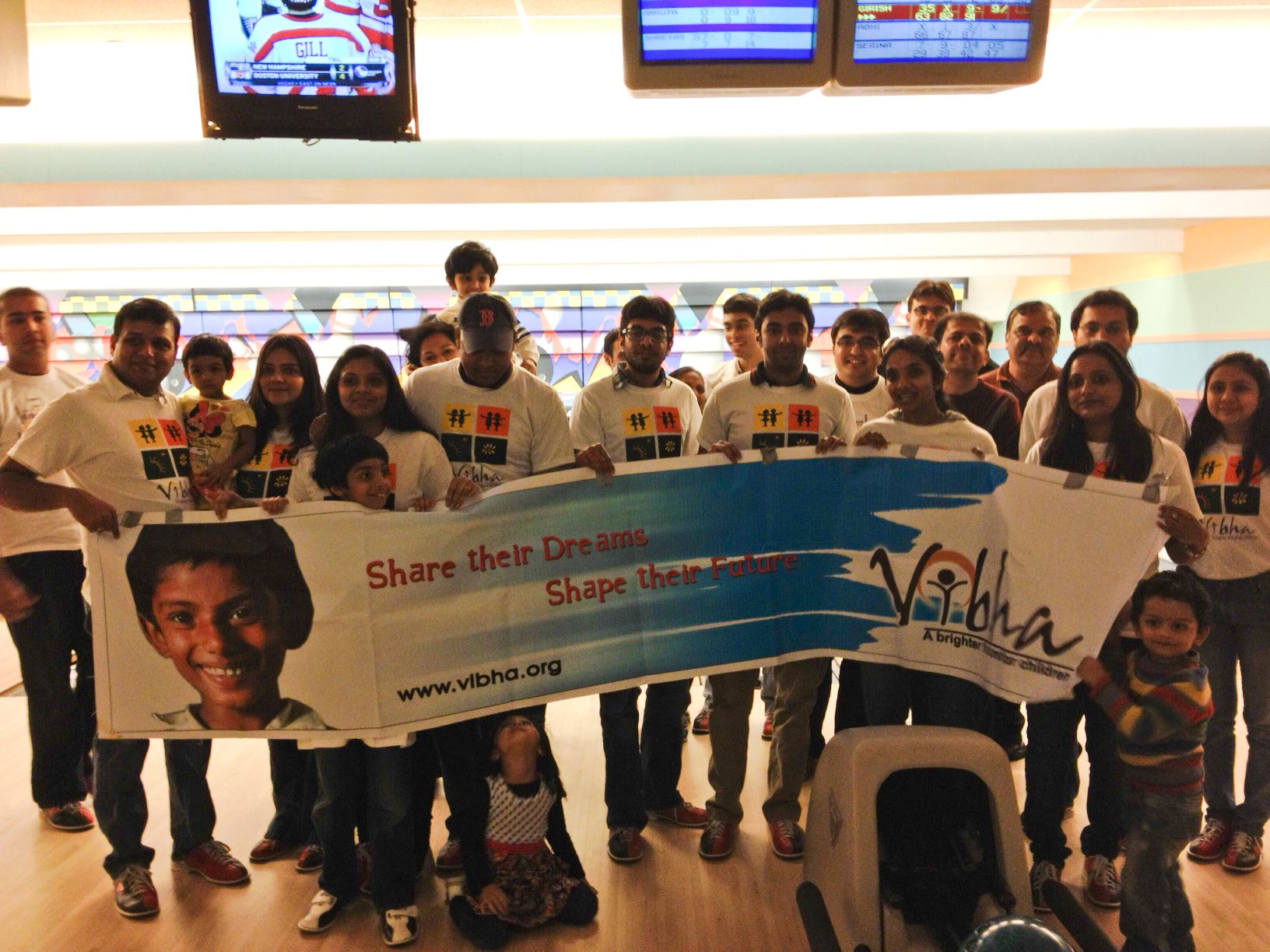 In recent times, motivated Vibha teams across the USA have striven to volunteer, conduct, and organize fundraising events that play a crucial role in achieving Vibha’s goal: to seed, to grow and to scale grass-roots ideas that can solve systemic problems related to the underprivileged child and his or her future. In this feature, we look to decipher what exactly motivates these individuals to actively pursue volunteering through Vibha.

My name is Sumana Hatwar, I am from Boston and I just joined Vibha in December 2012. I came to know that new Boston Vibha Chapter was being founded, and I thought this would be good opportunity to participate.  The reason I joined Vibha was I wanted to help out as little as I could, and just donating money was not somehow cutting it. I wanted to give back some of my time. Once you have a child, you want the world to be as rosy as possible, make things better for atleast one person,  and hope that the world gives back as much as you give to it. The other reason was to find more like minded people to interact, communicate and bond with. I had a group of friends, but many of them were in different phases of life, so I was looking for people with some common linkage and ideology.  It doesn’t totally sound altruistic, but I was hoping that these two expectations would motivate me to go far as I could on this journey.

I am currently a VR for Boston. We are just setting up a center here, so things that I do vary, ranging from contacting volunteers to setting up events.  We had one small event in early January, now we are planning on holding another event, so working on figuring out the best event idea for our chapter here.

In the last few months that I have been involved, I would say the highlight would be the Henna event that we had arranged for Vibha.  As we set up that stall, and we were talking with folks, this lady came in and she started talking to us, about the organization and asking questions on our own involvement with Vibha. Finally, she kind of concluded that she really appreciated all that we are doing, and hopefully we would act as beacons for other volunteers to join and spread the good in the world. The heartfelt comments from that stranger actually made my day and gave us the positive reinforcement that we all need!

1. Why did you join Vibha, and how long have you been with Vibha?

Back in 2008 one of my friends was volunteer with Milwaukee Action center. I was impressed to view them catalyze change and transform society. I wanted to be part of movement to help underprivileged children, providing them better future, building strong foundation for future generation. In November 2012 Vibha gave me platform here in Detroit to contribute towards our core values thus giving me an opportunity to serve.

2. What is your current role at Vibha?  Describe what you do on a periodic basis.

As Action center co-coordinator for Detroit chapter. My main responsibility is to built self sustaining center, working towards larger goals, activities include discussing core values with new volunteers, involving them with Vibha center activities, creating Vibha awareness though mixers and booths at other community events, planning and organizing events.

3. What is your favorite event/highlight of working with Vibha?

I really look forward to engaging people to participate and organizing a lot of different events.

4. What do you look forward to most for Vibha?

Creating a robust foundation, preparing the next generation with basic skills to function as a productive, responsible member of society. Education and empowerment for girls for striking social balance.