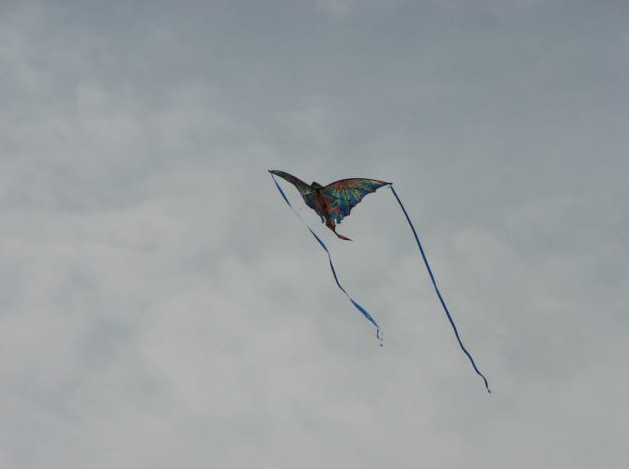 My heart pounded with excitement as we drove to Bob Woodruff park. I was wondering about how I could help, what job I’d get, and what kind of kites they would sell.

SCREECH! The car was parked and my thoughts came to an end.  I smelt a barbecue going on, and I giggled. There was a small birthday party going on with Yo Gabba Gabba! (editor’s note: a children’s TV show) music going on and on and on. There was a perfect, and I mean PERFECT, wind for kite-flying.

I ran to the booth were the volunteers were setting up.  One of the organizers came up to me and asked if I could organize all of the snacks with my little cousin, Neha.  Since I had nothing to do, I replied with, “Of course.” Me and my cousin sprinted to the huge boxes that contained all of the snacks that the volunteers were going to sell at the festival as refreshments for our guests. We reached to the top of the first box. I used the pen I had with me and tore open all of the plastic wrap . I started to instruct my little cousin on where everything should go . As I ripped open all of the boxes, I’d put it on the bench then she picks it up and puts it in its location. We fell into the great schedule. 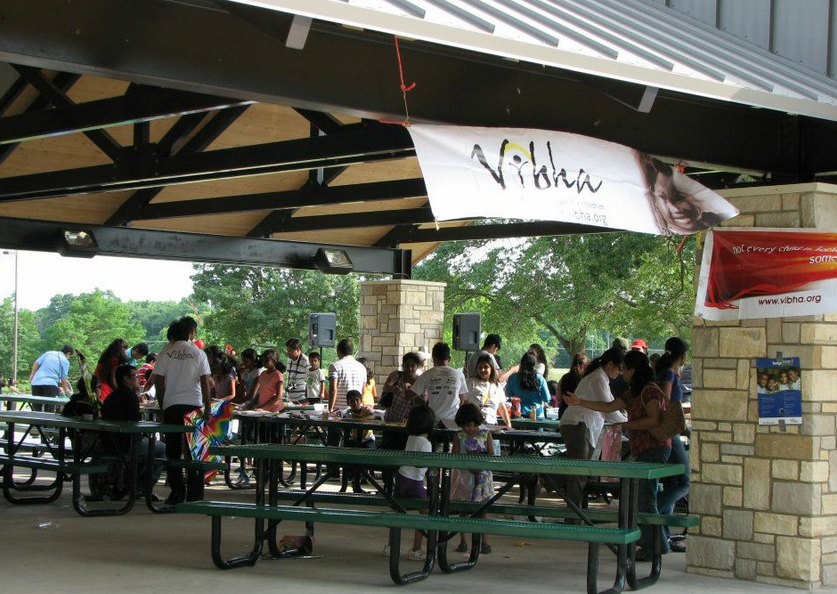 Soon we finished up our task. Right on time too!  Cars started pouring into the park’s parking lot. In a few minutes it was all full. As they pulled in, I knew that we’d earn lots of funds.  Even more people hurried into the park hoping for a great spot in line!  The festival was very lively and there were many kites. In fact, so many that I got dizzy.  I got the free kite that everyone promised me. I carefully opened it up  went up to fly it high in the sky . I let go of all the string so it could go even higher until I heard a noise…

All of a sudden I screamed, “ICE CREAM TRUCKKKKKKKKK!!!” as loudly as I could and ran over to relax with my ice cream sandwich.

Kids ran as fast as they could for their share of ice-cream. The guy was really nice and he had great  kinds of ice creams at very cheap prices.  He had really cold snow cones,  ice cream on a stick which looked like Popsicles and ice cream sandwiches. They next thing I knew, kids were walking around with smiles from ear to ear and melting ice creams. All of a sudden I encountered a super cool looking kite. “Wow,” I thought, “a rocket with curly straps around it.” I took a look up and saw  millions of kites floating around the blue skies. 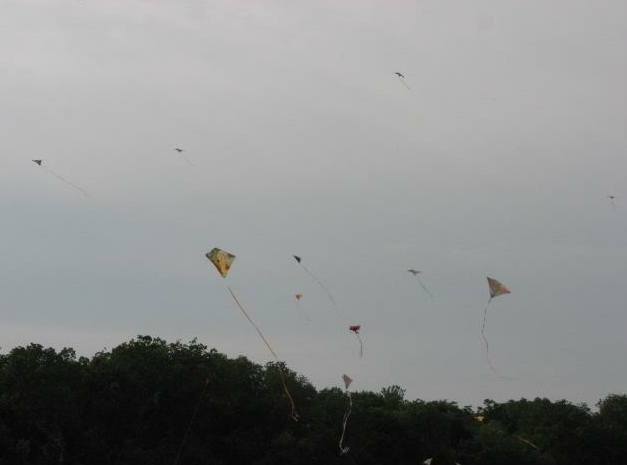 POP! I had popped a mysterious bubble that appeared from thin air. “How weird…” I thought. Then out of nowhere, a little kid had a balloon sword in his hand and was whooshing it in the air pretending he was a pirate sailing on a ship. Am I dreaming? I asked myself . No no no, never in a million years!

I was startled all of a sudden to a noise…  It turned out to be the loud-speaker at the booth. They were announcing that the mehindhi and face painting stalls that everyone was waiting for were now open. 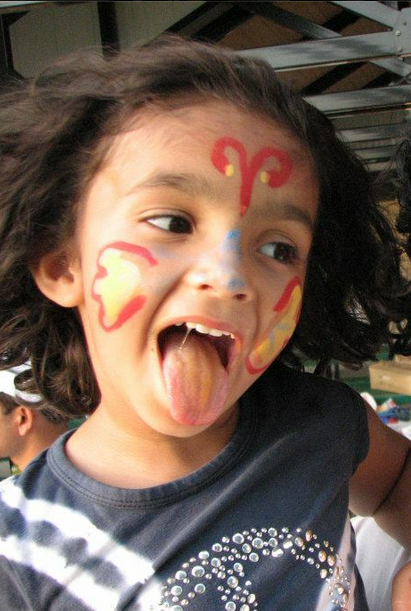 Facepainting at its finest.

I headed up to the booth and saw someone blowing bubbles and little kids running around and popping them while he blew. “No wonder,” I thought. A tiny bubble came a long way (for a bubble, of course).

Then I heard shouts coming from the back. I turned around to see a balloon man standing there blowing up balloons for everybody, and they were definitely a hit, that’s what I can tell you. 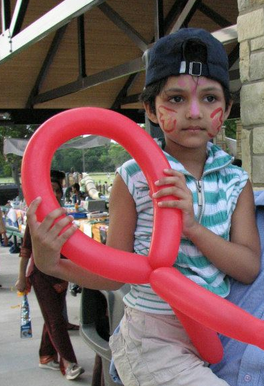 I heard a terrifically spoken speech about the history about kites from my brother who I am very proud of, Rishi.

Finally the word came out that almost everything was SOLD OUT. The adults thanked everybody for their cooperation at the festival and that they really appreciated it. After that the volunteers all started talking about the Vibha Cricket Cup for Women, Men, and of course, children.

Soon all the kites disappeared, all the cars sped of to their garages, and the noise that came with the people vanished, and the sun was setting. You could hear a few volunteers whispering while taking down. Soon the sun set and the moon rose.  I joined my family in the SUV and went home.