The year 1998: On a bright sunny October morning, 7 year old Kishore accompanies his parents to the Georgia Tech campus to participate in the very first 5K walk to support Vibha (then known as CRY). His friends Siri and Sheila are there with their parents too. They may not fully understand the significance of this event but they are certainly excited to be there. The weather, the balloons, the music and overall festive atmosphere is enough to get any child pumped up. Unbeknownst to them, they are helping the cause of under-privileged children even as they have fun.

Fast Forward to 2010: College Freshman Kishore is running around trying to publicize the 2010 DreamMile at his college and other institutions. In between classes, he does everything he can help with the 2010 DreamMile. No one tagged him along this time; as one of the leaders of Vibha Youth, he is involved because he wants to make a difference. So are Siri, Shiela, Manasa, Viraj, Devesh, Shreyas, Anirudh, Madhu Amala and other Vibha Youth leaders. And what a difference they helped make! The 2010 Atlanta DreamMile raised over 100K this year. But that’s not all Vibha raised; since that first walk/run in 1998, Vibha has nurtured a group of such talented leaders who will go on to do great things to make the world a better place. They will think big and come up with innovative ideas just as Sreekanth Pannala did in 1998.

In 1998, Sreekanth Pannala, a PhD student and  coordinator of the local chapter at Georgia Tech (GT) at the time, thought it was time to get out of the usual fundraising mould and dream big. Having personally participated in some walks and runs, the idea of organizing a Run/Walk occurred to him and he presented a plan with the following objectives:

These objectives were met and even surpassed on that sunny October morning in 1998 when people from all sections of the community came together in support of a great cause. Over 600 enthusiastic participants turned out to do the 5K Walk/Run, Seniors Walk and Kids Fun walk. Kids less than 3 years old and senior citizens over 70 years walked stride-in-stride and made it a memorable walk. Over 130 volunteers worked tirelessly to make this happen.

The rest as they say, is history. Today the DreamMile is probably the only national event that happens in close to 10 cities every year in the South-Asian community. Even from a mainstream walk/run point of view, DreamMile is one of the few walk/run events that happen in so many cities and is national in nature. About 20% of Vibha’s total annual revenue comes from the DreamMile. Over $1,400,000 has been raised through DreamMile so far and over 87,500 children supported with the help of over 30,000 participants.

The transformation from an idea to this huge event did not happen overnight. Over the years a lot of committed volunteers incorporated their ideas into it to make it the event that it is today. For example: volunteers realized that DreamMile is one event that can be taken to the mainstream in terms of participation and sponsorship. So, a lot of effort went into making the event attractive to mainstream America. As a result, a large number of serious runners/walkers have been participating in the event that represents the cross-section of America. In 2007, the event was branded as “The DreamMile”. To take it to the next level, volunteers are already talking about upgrading it to 10K or half marathon next year.

While the funds raised to date are substantial, the most important legacy of DreamMile has been the volunteers that organize this event. These volunteers went onto become future leaders of the organization and beacons of hope for cause of children. They gained  much more than experience and confidence, they made new friends; few even found their life partners. As shown by Kishore’s story, the kids that participated over the years grew up to be concerned youths that are itching to help the cause.

Just as the volunteers and the beneficiaries are realizing their dreams and full potential, the hope is that event will also scale to its full potential to raise millions of dollars as well as awareness to the cause of underprivileged children. 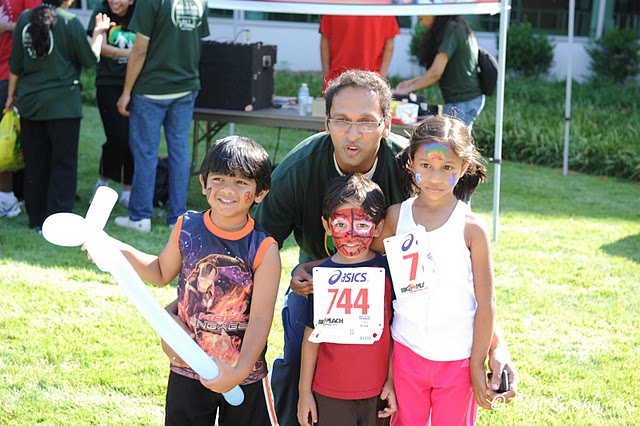 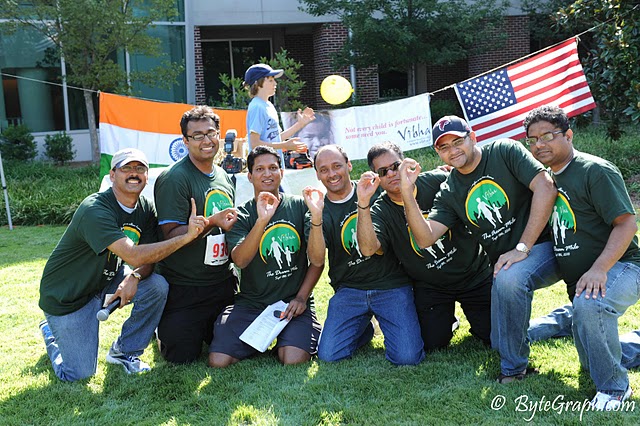