The Year So Far… 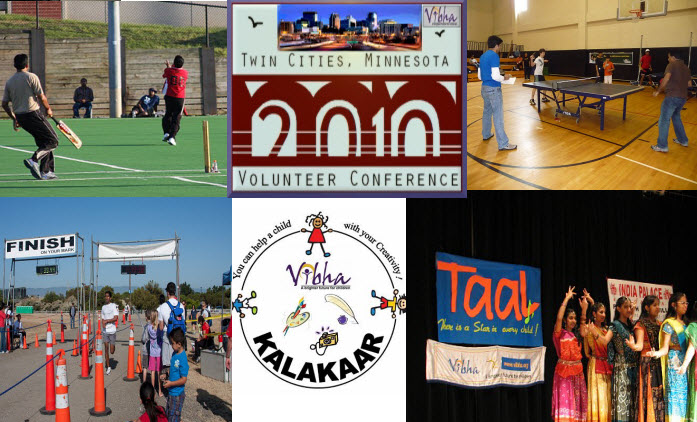 Can you believe it’s July already? It seems like just yesterday that I attended my very first Vibha meeting which was also the first meeting this year for the Atlanta ACC. Well, half the year just flew by in a blink of an eye but not without an impact. We at Vibha have a lot to be proud of. We have achieved a lot in such a short time.

Grants This year Vibha obtained significant donations from corporations like Tibco, organizations like Angiras Foundation, Think India Foundation and many more. Thanks to its supporters, Vibha was successful in obtaining a 20K grant from Chase.

Assistance to partners This year Vibha went one step further in its mission of helping our partner NGOs: Vibha partnered with Mahiti an IT Company from Bangalore to host free IT workshops for our NGOs in  Chennai, Jaipur, Pune and Kolkata, which were very well received. To quote an attendee from one such workshop “We are amazed at how VIBHA  planned to render such training to its project partners. The training workshop probably will be applied for our work, personal and all(aspects of our lives)”. The workshops will indeed help our partners use technology to manage their tasks more efficiently.

While it is great to hear success stories and positive feedback, it also helps to quantify  some of the achievements. So as they say on one of the popular NPR shows ‘Let’s do the numbers…’

Of course the support that Vibha  receives from all the volunteers and patrons alike is priceless. We hope you continue to support Vibha through the rest of the year and beyond. For we have ‘promises to keep and miles to go before we sleep…”